(DLG RUS, 31 January 2022) From 25 to 27 January 2022, the international exhibition center "Crocus Expo" in Moscow hosted one of the most important trade fairs of the Russian agricultural sector - the International Trade Fair for animal husbandry, breeding and feed production "AGROS 2022". The fair enjoyed the active participation and support of the Russian Ministry of Agriculture.

The opening ceremony was attended by many high-ranking officials, such as from the Chamber of Commerce and Industry of the Russian Federation for the development of the agro-industrial complex or the Institute for Agricultural Research of the national research university "Higher School of Economics" as well as from numerous animal associations of Russia. The Managing Director of DLG RUS Gennady Mindru welcomed all guests and was visibly pleased about the great interest in AGROS 2022. All participants noted that the range of products at the fair has grown and thus become more interesting for trade visitors. At the same time, everyone emphasized the high importance of the fair for Russian animal production.

This year AGROS was held in two exhibition halls for the first time. The fair confirmed its status as the most important international industry platform for specialists in livestock and poultry production as well as for fodder cultivation in Russia. AGROS 2022 was able to increase in all areas and announced record results in the number of exhibitors and visitors, exhibition space and the number of participating countries. 352 manufacturers and suppliers from 26 countries presented state-of-the-art solutions in the fields of genetics, equipment and technologies for animal husbandry and poultry feeding, feed, feed additives, veterinary medicine products, as well as technology and means of production for feed farming to 11,317 registered trade visitors from 82 regions of Russia and neighboring countries at the fair.

In 2022, AGROS achieved its breakthrough for the first time - the fair attained the status of an industry platform for professionals from poultry and pig production. At the same time, the trade fair strengthened its position as the leading meeting place for professionals in dairy and beef cattle production. The increased interest in the fair from neighbouring countries is particularly pleasing - more than 600 trade visitors from Belarus, Kyrgyzstan, Kazakhstan, Uzbekistan and other countries came to AGROS. A delegation from the Kyrgyz Republic was led by the Minister of Agriculture, Water Resources and Development of Regions, Askarbek Dzhanybekov, announced Gennady Mindru, Managing Director of DLG RUS, the organiser of AGROS.

Delegations from Germany and Denmark attended AGROS. In addition, other visitors came from regions such as Altai, Arkhangelsk, Kurgan. A joint stand was organized from Germany with the participation of more than 20 companies. Other pavilions came from the Russian regions of Omsk, Penza and Stavropol.

More than 60 manufacturers and suppliers of feed and veterinary solutions took part in AGROS 2022 for the first time. This made the fair particularly interesting for representatives of poultry and pig production. More than 1,700 registered visitors indicated "poultry production" and more than 1,500 - "pig production" as their field of activity.

A total of 328 speakers, a record number, took part in 51 events of the business programme. Fully occupied conference rooms are proof of the relevance and high value of the chosen technical topics. FFF - the first Federal Farmers' Forum at AGROS - a series of events for Russian small farmers, celebrated its successful premiere on the last day of the fair.

On all three days of the fair, specialist events on a wide variety of topics in dairy and beef cattle, poultry and pig production were held in the fair's discussion forums. The main theme of AGROS was "Sustainable Development Agriculture." An entire series of events in the technical programme was devoted to this topic.

During the opening ceremony, the winners of the innovation competition were awarded. 76 applications were submitted - historically by far the largest number of applications. We expanded the composition of the competition commission to be able to handle all applications in a timely manner. Members of the commission this year were expert representatives of the Russian Ministry of Agriculture, scientific institutions, machine testing stations and agricultural enterprises. 28 Russian and foreign developments were awarded in the categories "Best Product AGROS-2022", "Best Scientific Development AGROS-2022" and "Best Feeding Solution AGROS-2022", said Anastasia Panfilova, project manager of the AGROS competition programme.

The next AGROS fair will be held from 25 to 27 January 2023 at the Crocus Expo exhibition center.

Official support: Ministry of Agriculture of the Russian Federation.

PRESS-RELEASES
Companies from Turkey will exhibit at AGROS 2023
August 5, 2022
Preparation for AGROS 2023 is actively underway!
May 25, 2022
AGROS 2022 gains confidence of Russian poultry and pig producers
February 1, 2022
AGROS-2022 is the most anticipated event for livestock and poultry professionals in Russia!
January 19, 2022
AGROS-2022: business atmosphere, modern solutions and useful content at the beginning of the year!
December 22, 2021
AGROS-2021: the long-awaited exhibition event that returned the
livestock industry to its usual level of business activity
May 26, 2021
Subscribe to the pages of the AGROS exhibition in social networks to stay updated on the project news 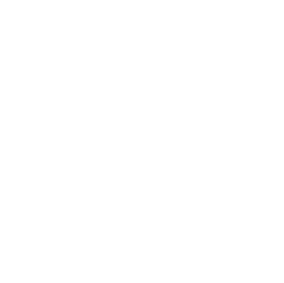